Please note: the most interesting parts of this article are found at the bottom of the page, and to get the fullest out of them you'll have to go through the whole explanation. But believe us: your efforts at understanding will be amply rewarded.

Harmonics… what are we talking about?

Believe it or not, all the notes in the following recording have been played without moving a finger: 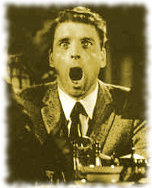 If you are wondering how this can be possible, you can get to the answer by simple deduction. With your fingers stuck in a single position, all you can do to alter the sound is modifying the embouchure and the way you blow. Indeed, once you know that producing these “extra notes” is possible, you may be able to figure out how to do it all by yourself, by a simple process of trial and error. However, we believe that reading this flute harmonics how-to will save you much time and frustration, and, most of all, we hope that it will arouse your interest in one of the most useful extended techniques available to flutists.

As an extended technique, harmonics are known under many different names: natural harmonics, overtones, partial tones. Practically speaking, all these terms refer to the same concept.

Why should I bother?

To sum it up in a few points, the practice of harmonics is important:

How to play harmonics on the flute?

Throughout the entire range of the flute, if all the notes are to sound in the right octave with the best possible tone, all of these transitions need to be made smoothly. Working on the same principles, with practice you will eventually be able to produce higher-order harmonics.

This last point is particularly important. Even if the term “overblowing” is often employed when talking about harmonics, it's not really blowing harder that you will get the upper notes, but using the lips to go from note to note. It's a very small movement, but still there.

If all this doesn't work, do try again. If it does, make a mental note of your embouchure, if and how it differs from your normal one. This will do wonders for your embouchure.

Any natural sound can be described as a combination of sine waves. These pure tones never naturally show up by themselves; instead, they are always combined in a more or less well defined way to form even the simplest sound. It's the manner of their distribution in the sound that forms the color of that sound, the so-called timbre. This is the single feature that makes a note played on a violin different from the exact same note played on a flute.

Some terminology you should know:

Electronic synthesizers are capable of playing pure frequencies with no overtones (example: ), although they usually combine frequencies into more complex tones to simulate other instruments.

The timbre of the flute is actually very poor in overtones, and that's why it is often regarded as the instrument with the purest sound. In fact, it has just enough overtones to make it sound infinitely nicer than a pure sine wave, which as you might have noticed gives a rather dull feeling.

For those among you who know interval theory, it's very useful to know that the distribution of harmonics is always mathematically determined as follows: (scroll down to the next section for a graphical representation)

Given these background notions, we are now finally able to explain what harmonics on the flute are all about.

When “playing harmonics” on the flute, what we are actually doing is
“excluding” the fundamental tone and some of the lower overtones, thus
emphasizing the first of the “surviving” harmonics, which will sound
as if it were a fundamental in its own right.

How far can you go?

To play the most harmonics on your flute start with the lowest note, C4 (or, if you have a B footjoint, B3). Here is a table of the lowest harmonics available on the modern flute. Those harmonics which are too difficult to be reasonably considered as humanly playable have been grayed out.

Please notice that as you go higher, there will be fewer notes to get. Here are the same harmonics series in musical notation.

As you will soon notice during your practice, it's not always straightforward to predict how difficult a given harmonic will be. In fact, this ultimately depends on the characteristics of your flute. However, in most cases the following list should reflect quite accurately the actual order of the most difficult harmonics. From easiest to hardest:

If you can get beyond that, you should definitely let us know!

Harmonics are best practiced at the beginning of your practice sessions, even before tone exercises. That's because they remain first and foremost an exercise in lip flexibility, and getting your lips into shape is something you really want to do before everything else.

As with most exercises, even five minutes of practice a day will make a big difference on the long run.

For your first attempts, you may simply pick a very low note and experiment various ways of overblowing into the flute. When you can get the note to crack in a controlled way you'll know you're on the right path.

Keep in mind that when you are in your initial stages speed is not important at all. Play very slowly, to get the fullest, richest sound on each harmonic. At that point, and at that point only, you can attempt to speed things up gradually, and start to work on going from one note to the next. This often proves to be the hardest part of the job, as you will soon notice that playing harmonics staccato is much easier than playing them legato. The final step will be to work on slurred leaps between distant harmonics, which is a very tricky exercise.

Can you figure out how to play “Oh! Susanna” this way? What other tunes can you play with just one hand?

Consider the bugle, the simplest of all brass instruments. It's like a trumpet, but with no valves or other pitch-altering devices. All pitch control is done by varying the player's embouchure, since the bugle has no other mechanism for controlling pitch. Consequently, the bugle is limited to notes within a single harmonic series. 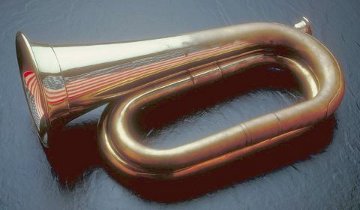 The bugle is used mainly in the military to play bugle calls, short tunes that indicate the daily routines of camp.

So why did we bring up bugles? Because bugle calls are simply the ultimate fun exercise in flute harmonics! After choosing which key you want to play in, you can play the full tunes without ever moving a finger.

Bugle calls only make use of five notes: the 2nd, 3rd, 4th, 5th, and 6th harmonics. However, contrary to what you might think, there's quite a lot of them to choose from.

We've prepared a compilation of the most popular bugle calls still in use today, trying to put the easiest ones first. Here it is:

Please note that to make the score more readable the notes were written one octave below their actual sound.

Although the calls are by common practice always scored in C, you can play them in whatever key you find easier: B, C, C#, D or (more difficult) Eb. (The key of E is also possible, if you know a little trick: in this key, the sixth harmonic comes out much more easily if you raise your right little finger.)

If you like playing harmonics, you should definitely get a copy of Robert Dick's Tone Development Through Extended Techniques. Among many other very interesting topics, it features a full chapter dedicated to natural harmonics, with many exercises that will help you to develop embouchure strength and sensitivity.