Tune of the Day: Silent Night 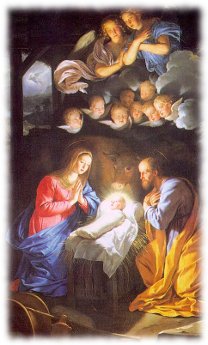 “Silent Night” is likely to be the most popular Christmas carol in the world, but the history behind it is still the source of some dis­agree­ment.

The tra­di­tion­al story is that Father Josef Mohr and headmaster Franz Xaver Gru­ber wrote the carol in Obern­dorf, Aus­tria, on Christ­mas Eve 1818, when they dis­cov­ered the church or­gan was brok­en (dif­fer­ent ver­sions say it rust­ed out, or mice chewed through vi­tal parts); for this reason, Mohr and Gruber created a song for accompaniment by guitar. How­ever, re­cent evi­dence in­di­cates this may be only folk­lore. Some believe that Mohr simply wanted a new Christmas carol that he could play on his guitar. According to Austria's Silent Night Society, there are “many romantic stories and legends” that add their own anecdotal details to the known facts.

And here are the facts: the carol was first performed in the Nikolaus-Kirche (Church of St. Nicholas) in Oberndorf, Austria on December 24, 1818, and it was an instant success. The song has since been translated in over 44 languages, and recorded by over 300 artists; among the most successful we can mention the hit versions by Bing Crosby, Enya (sung in Irish) and Andrea Bocelli.